It was always going to be a little daunting for the first recipient. A planning scholarship and placement created for young planners named in honour of one of Randwick Council’s most loved daughters, Sima Truuvert. After 12 months in the role, inaugural planning scholarship recipient Leonardo Shaw-Voysey, says in a roundabout way, it was Sima’s legacy and passion for planning that inspired him.

“After hearing so much about Sima from everyone in the office, it was such an opportunity, but also very daunting to follow in the footsteps of this incredible woman who had such a big impact on the organisation and the Randwick City area,” says Leo.

“I remember going through the corporation induction process and meeting all the managers, and when I was introduced as the inaugural Sima Truuvert Planning Scholarship recipient, everyone had a story to tell about Sima and how she touched almost everybody here at Council.

“In a weird, roundabout kind of way, her passion for planning has really inspired me despite never meeting her.” 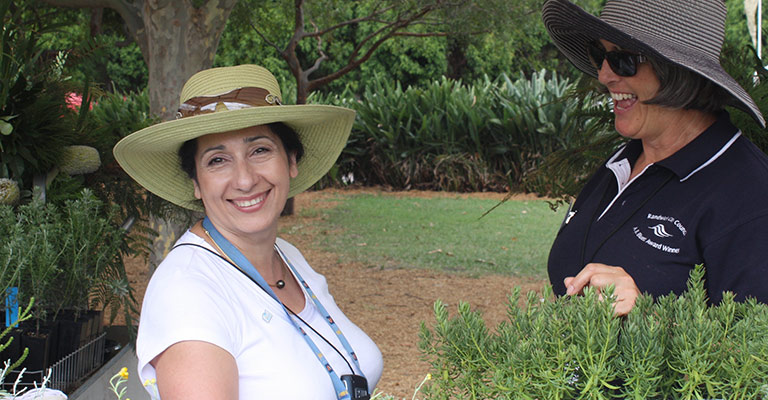 Awarded the scholarship in November 2019, and commencing in January 2020, Leo is this month wrapping up his 12-month paid placement with Randwick Council’s Strategic Planning Department. He also received a $5,000 contribution towards his HECs university fees which is also a benefit of the scholarship.

Sadly, the scholarship’s namesake passed away in early 2019 after a battle with cancer.

Sima was well-known and a highly regarded urban planner. In 2014 she received a Minister for Local Government Award for Women – recognising her substantial commitment and service to local government.

As the Director of City Planning for Randwick Council for 20 years, her legacy is all around Randwick City. She was involved in a number of significant urban renewal projects including the Bundock Street site in Randwick and former Prince Henry Hospital redevelopment in Little Bay.

In both of these projects Sima was instrumental in securing significant benefits delivered for the public including new community centres, rehabilitation of 13 hectares of conservation area and wetlands, new parks and the handover of Little Bay Beach to Randwick Council on Christmas Eve in 2008.

Sima had a passion for planning, but most importantly she had a passion and love for people – understanding that link between place and person.

“I really love local government,” says Leo reflecting back on his 12-months.

“I like thinking locally and being at the forefront of planning which is what local government is. Local government gives you the ability to genuinely engage with the community, which after all is what planning is all about.”

Leo says he had his heart set on working for Randwick Council having lived in Bondi and studied at UNSW.

“It’s an area I know quite well and is next to UNSW it has a lot of really interesting aspects of planning from coastal environment, a prison, a port, big parks and landscapes like Centennial Parklands, Royal Randwick Racecourse and the university and hospital precinct.

“There’s a lot of really interesting land uses all within one LGA that’s an inner city area, which for a planning student, ticks every box to help you get lots of different experience,” says Leo.

Leo says the team were very supportive of him and gave him a range of challenging and interesting projects to work on.

Leo is now heading back to UNSW to finish off his fourth year of his Bachelor of City Planning (Hons). He hopes to travel in the years to come and work abroad.

The next round of applications for the Sima Truuvert Planning Scholarship are expected to open in late 2021. For more information see Randwick Council’s website or contact the Strategic Planning Department on 9093 6961.