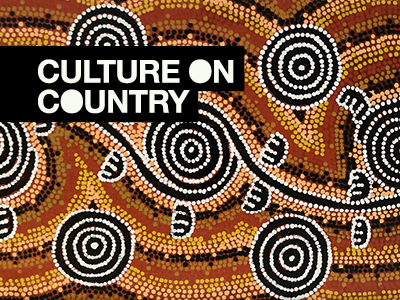 Iconic rocker Uncle Vic Simms will headline a Culture on Country musical concert at La Perouse on 26 January 2023 from 3pm to 6pm.

The free event, proudly presented by Randwick City Council, will include a range of local Aboriginal musicians performing in front of the La Perouse Museum.

Vic Simms and his All Star Band will headline an exciting list of established and emerging local talent including Charlie Trindall, and Kyarna Rose, Cianna Walker, Olivia Fox and Matty Walker.

This is the second year an Aboriginal musical event has been held at La Perouse on January 26 paying tribute to the area’s legacy of activism. In 1988, the first Survival Day protests celebrating the ongoing resilience of Aboriginal people were held on country at La Perouse.

Part of the Randwick Council Local Government Area, La Perouse has a strong and proud Aboriginal community, with an unbroken connection to the land and long-standing cultural traditions spanning tens of thousands of years.

Randwick Mayor Dylan Parker said the event is a chance for all of Sydney celebrate and recognise Australia’s First Peoples and their ongoing contributions.

“As a community we’re big enough for a range of perspectives on January 26th, so we’re honoured to host Culture on Country in addition to the usual Australia Day programming. The line-up for this year’s event reflects the extraordinary depth and breadth of creative talent in the La Perouse Aboriginal community,” Mayor Parker said.

“This is an opportunity to reflect that this continent’s full history predates colonial settlement by tens of thousands of years and involves a living culture that that has survived turmoil and displacement while continuing to shine and evolve today.

“We recognise the place of First Nations in our history and our communities, promote understanding, respect and reconciliation.

“Survival Day has a long history with La Perouse and the Aboriginal community and will continue to do so on this date,” Mayor Parker said.

Uncle Vic Simms began his singing career at age 12 at the Manly Jazzorama Music Festival in 1957 and released his first single at age 15.

He is probably most well-known for his album The Loner which has been described as “Australia’s great lost classic album of black protest music”.

It was recorded in 1973 in Bathurst Gaol and he then went on to tour other gaols, shopping malls and the Sydney Opera House with the album.

He re-entered the entertainment industry and toured in 1990 including a stint in Canada. In 1996 he released a covers album From The Heart.

In 2001 he was awarded a Deadly Award for Outstanding Contribution to Aboriginal Music.

Culture on Country starts at 3pm on Thursday 26 January 2023 in front of the La Perouse Museum and is free for all.

GETTING THERE: La Perouse is a very popular summer destination and parking is expected to be full early in the morning. Best access to attend the event is via public transport with regular bus services connecting to La Perouse.

Randwick Council will host a Citizenship Ceremony and Community Service Awards Ceremony at the Prince Henry Centre, Little Bay from 9am – 11am. There will also be a free, public Australia Day community event at Kensington Park commencing at midday.