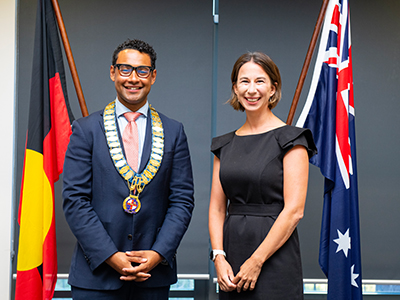 Mayor Dylan Parker was previously elected as Mayor in September, prior to the December 4 Local Government elections, and is pleased to continue the work he has started.

“It is an immense privilege and honour to serve one’s community, not only as Councillor but as Mayor of this very special city,” Mayor Parker remarked. “We have a majority of new Councillors this term and also a majority of female Councillors. This is a huge achievement and an exciting time for Randwick City.”

This was the first meeting of the new Council, which will serve a three-year term from 2021-24. Made up of five Labor, five Liberal, four Greens and one Independent candidate, the new-look Council will also have a majority (8) female representation for the first time in Randwick Council history.

Need help? Here's where to turn...