The Olympics are always the stuff of legend and history. But few Randwick locals remembered the true story of our own Olympian, Mina Wylie, and her quest for Olympic glory 100 years ago.

Wilhelmina 'Mina' Wylie, won silver at the Stockholm Olympics of 1912. With her friend and rival Fanny Durack, Mina Wylie swam her way into the Australian and Olympic history books. These women were the first two female competitors for Australasia (including New Zealand), winning gold (Durack) and silver (Wylie). The women overcame conventions and prejudices of the day, making their achievements even more remarkable.

The exhibition at Bowen Library, Come in for a Swim, celebrated the achievements of Mina Wylie whose family ran the local institution Wylie's Baths at Coogee from 1907 until 1959. It included Wylie's Olympic silver medal of 1912, shipboard diary, postcards, 1912 Olympic programs, autograph album, silk swimming costume, and Olympic blazer. Many photographs of Mina Wylie, Wylie's Baths and her fellow competitors told the remarkable story of Wylie's swimming career.

The exhibition was launched by the then Mayor of Randwick, Cr Scott Nash, and Lisa Forrest OAM on 21 April 2012 as part of our National Trust Heritage Festival Celebrations. A crowd of 110 people enjoyed the launch, keynote address, luncheon and lecture on Mina Wylie's career by Marcelle Jacobs. We received great publicity for the exhibition in a feature article in the Sydney Morning Herald of 20 April 2012.

The exhibition would not have been possible without the generous loan of manuscript material held at the Mitchell Library, State Library of NSW. Our particular thanks are owed to the State Librarian, Dr Alex Byrne, for allowing the loan. Ms Nichola Parshall and her conservation team also managed the loan of objects for the State Library and were generous with advice and support. Randwick and District Historical Society again generously lent objects and images from their collection. Their support of the Randwick City Library is unwavering and much appreciated. 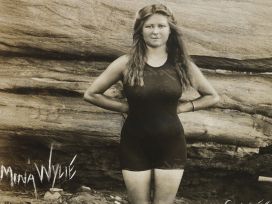 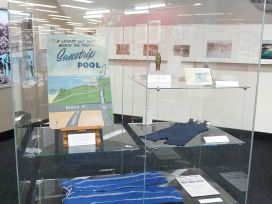 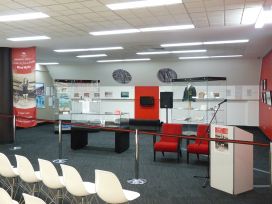