The images in the photographic exhibition captured some of the sights and experiences encountered during a six-and-a-half week journey around France in September and October 2011. My aim on the journey was to see as wide a range of France's historical, cultural and physical attractions as possible in that time. I was particularly interested in connecting with the country's mystical roots, and of visiting sites attributed with spiritual power, mystery and legend.

Images included locations in Paris and its surrounds, such as Notre Dame, the River Seine and its bridges, the Palace of Versailles and Monet's famous house and garden at Giverny. Travelling southward I visited some of the charming towns, villages and coastal sites of Provence (Aix, Arles, the Vaucluse region and Marseille), and the cosmopolitan city of Nice and its surrounds on the Côte D'Azur.

I also captured shots of the sunlit slopes of the French Alps (including the towns of Annecy, Chamonix and famous Mont Blanc) and the snow-covered landscape around Lucerne in Switzerland. Towards the end of my journey I managed to take in part of the northern coast of France, visiting the atmospheric town of St Malo in Brittany. Buffeted by extreme tidal variations this town boasts a proud Celtic history and fascinating sea lore. While in that northern region I also visited the beautiful and famous labrynthine abbey of Mont St Michel on the Normandy border.

My images also reflected experiences of a 13 day 'mystical' tour undertaken with eleven other pilgrims. In the journey we reconnected with the lost power and wisdom of the feminine in our western religious heritage (exemplified by the mysterious statues of black Virgins and the cult of Mary Magdalene). We also explored some of the sites of great spiritual conflict in medieval France, where those of unorthodox views, or those who were seen as a threat to the status quo (such as the Knights Templars and Cathars), were pitted against the might and authority of the church and the king. Sites included the fascinating walled town of Carcassonne, the beautifully preserved town of Minerve, the haunting hilled fortress of Montségur, the ruined troubador castles at Limoux, as well as Lourdes, Albi and Chartres Cathedral.

In my photography I used a Nikon D40x single lens reflex (digital) camera with a 18-55 millimetre lens, which was sufficiently wide-angle for landscape photography, yet still capable of being used for closer portrait-oriented shots if necessary. The exhibition included a few portraits but was overwhelmingly devoted to landscape photography. It was enhanced by objects I had collected on my travels as well as memorabilia from France kindly lent by Randwick Library staff. 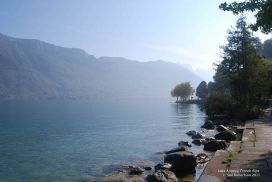 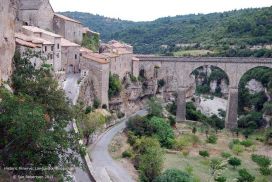 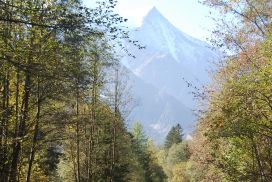 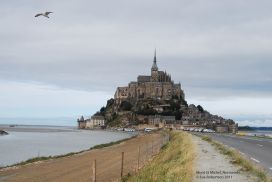 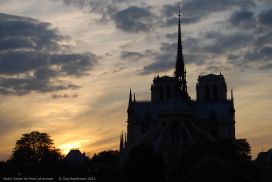 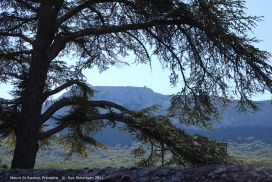