The NSW Government approved new laws on Friday 8 July 2022 which prohibit the construction of the proposed Matraville incinerator. Read Council's news update about it.

Come to celebrate the successful campaign for 'No More Incinerators' and acknowledge the work of community groups in the area.

There will be a free BBQ, live music from the Alex Gibson duo and bubbles for the kids.

All are welcome. Come and celebrate this momentous victory of people power with your fellow residents. 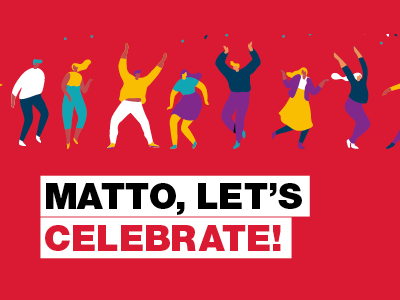 In 2019, waste company Suez and the Opal papermill teamed up to lodge a proposal to construct the ‘Botany Cogeneration Plant’ at Matraville.

The cogeneration or waste to energy plant proposed to ‘process’ or burn hundreds of thousands of tonnes of processed waste each year to produce steam and electricity for the Opal paper mill.

An application and Scoping Report has been lodged with the NSW Government.

The proposal is classified as State Significant Development as it is a co-generation of heat and electricity and has a capital investment value of over $30M. This means it bypasses local approvals of Randwick Council and will be determined by the Department of Planning, Industry and Environment.

Randwick City Council is strongly opposed to this proposal given the considerable concern from the public for their health, the risk to the environment and local air pollution.

Why does Council oppose the proposal?

According to Suez’s own Scoping Report dated 2 September 2019, the proposal would:

In addition, there is a significant residential population located nearby with the closest properties on Partanna Ave being approximately 130 metres away.

What is Council doing about it?

Council has produced a range of videos, printed flyers, installed posters on garbage bins in Matraville town centre and is developing a campaign to roll out across Council’s garbage trucks, street banners and bus shelter posters.

How can you oppose the plan?

RESOLUTION: (Mayor, Cr  Said) that Council call on the Minister for Energy and Environment, the Hon Matt Kean MP to clearly stipulate that the Matraville incinerator is not of a type that could be considered to lead to a better environmental outcome and should not proceed based on the criteria in the Environment Protection Authority’s (EPA) Energy from Waste Infrastructure Plan.

RESOLUTION: (Mayor, Cr D Said) that Randwick City Council strongly oppose the proposal by the Opal’s (previously Orora) Paper Mill and Suez Group for the construction of an incinerator in Matraville and support local residents and the Matraville Precinct Committee in their campaign against the construction of a waste incinerator via Council’s social media channels, requesting meetings with the relevant ministers and requesting support from neighbouring councils.

Urban design excellence to be recognised across Randwick City