To view the draft Study:

The draft Study’s key directions are:

On 26 May 2020, Council considered a report on the amendments to the Liquor Act and resolved to commence a trial, in accordance with the recommendations of the Night time Economy Study, to allow low impact users such as restaurants, cafes and small bars in the trading zones specified below to trade up to the following times from Thursday to Saturday for a period of up to 12 months:

The NSW Government has prepared a 24-hour Economy Strategy reflecting on the work of many councils, including Randwick City’s Night Time Economy Study. Implementation of the NSW Strategy will be phased in over a period of several years, supporting the State’s recovery from the COVID-19 pandemic. The vision includes a multi-stakeholder governance and implementation framework led by a new Coordinator General for the 24-hour economy. Further details from the NSW Government 24-hour Economy site are available here.

The Night-Time Economy Advisory Committee is made up of industry experts and community members. It will provide advice on the development of the Strategy. This includes identifying issues affecting the creative and cultural industries, the development of night time initiatives and consultation with key stakeholders.

John Wardle has a background in live music policy across the three tiers of government, is a working musician and has also been a music teacher previously for many years.

As Director of the Live Music Office, John works closely with the live music sector and state and local governments across Australia to support coordinated centre of government live music policy across built environment, cultural policy and industry development frameworks.

Andrew Jones is the Group Operations Manager for Merivale.

Kerri is co-founder of the award winning and internationally acclaimed Venue 505 and has been the Festival Director/CEO of the Sydney Fringe Festival since 2013. Under her co-direction, 505 has grown from a one a week underground venue to 2 performance spaces at Venue 505 in Surry Hills and the Old 505 Theatre in Newtown, producing over 320 productions and attracting tens of thousands of patrons each year. Sydney Fringe Festival is the largest independent arts festival in NSW and presents 350 productions across the 30 day festival and includes all art forms and genres.

Kerri has also been the Director of City Recital Hall Sydney since 2016 and has extensive experience on many advisory and working groups involving the night time economy including: Sydney Night Time Advisory Group 2017, Sydney a 24 Hour City – The Committee for Sydney, Off Broadway Plan - Leichhardt and Marrickville Councils and Live Music and Performance Action Plan- City of Sydney

Emilya Colliver is the founder and director of Art Pharmacy Consulting. An influential member of Australia’s creative community, she has been heavily involved in the art world for over 18 years. In everything she does - from strategic placemaking to grassroots projects - Emilya is driven by her passion for supporting Australian art and creative practitioners. Before launching Art Pharmacy Consulting, Emilya studied Art History in London, where she worked for some of the top art institutions in the world - including Lisson Gallery, Hauser & Wirth, The British Museum, Eskenazi - as well as managing the collection of James Birch Esq. Emilya’s projects have included creating and managing activations for Fringe Festival (2014), launching The Other Art Fair in Australia (2015), speaking at the Global Cities After Dark Conference (2017), acting as a long term MCA Young Ambassadors Committee Member (2013-present), co-founding the Place Academy collaboration (2018) and being appointed to the City of Sydney’s Nightlife and Creative Sector Advisory Panel (2018). Emilya is also the founder and director of Sydney-based Culture Scouts and Art Pharmacy Online Gallery.

Dr Phillip Wads is a Lecturer in Criminology at the University of New South Wales and a member of the Centre for Crime, Law and Justice. Phillip holds a PhD in Criminology that was directly related to the policing and governance of Sydney’s urban night time economy and has been involved in many research projects related to nightlife over the past decade. He is currently Chief Investigator on a research project evaluating a harm minimisation program operating in the Sydney CBD, and another examining sexual violence at Australian music festivals. Phillip has a deep understanding of the complexities related to the regulation of Sydney’s nightlife and is committed to examining ways in which city nightlife can be improved. Tim Dengate moved to the eastern suburbs in 2001 after an initial stint in Glebe,  having moved from his original birthplace of Canberra. Over the 10 years that followed he honed his skills and passion as a chef through various establishments from Newtown, the CBD and north to Lane Cove. He found his favourite role working at a Charing Cross institution in the early to late 2000's, Fideli cafe with Fiona Baxter. This showed Tim that running a food establishment doesn’t need to be stressful, rather that it should be simple with a focus on fresh food and ensuring staff and peers are treated like family - Tim believes that these are the keys to success in hospitality!

Then in 2006 the travel bug hit Tim & his long term partner Rita, so they moved over to the UK for some 5 years where abundant travel and experiences "scratched that itch" before returning home in late 2010 to get married and start a family. With founding partner and best mate Dan Hampton (who is now part of Young Henry’s Brewing), they set up “Coogee Cafe After Dark”. This quick 11 month project gave them the opportunity to trial the food concepts that would later become staples of the Bat Country menus, and this was also when Aidan and Tim’s paths first crossed. Starting out as colleagues and then close friends (and as it turns out neighbours) enabled the ideas, concepts and eventual site for Bat Country to be born. The boys felt there was a noticeable lack of modern and quality small bars in the Spot and surrounding Randwick/ Coogee. So as the build started and progressed with Bat Country, so did Tim’s family with the arrival of his first born daughter Billie and soon after a second child Austin. Tim states: "The past 5 years has really made me into who I am. To say that the juggle of starting a business and family at the same time has been crazy and difficult, would be an understatement! But obviously two of the most amazing and immensely fulfilling achievements of my life."

Aidan has been a Coogee local for seven years, and been actively involved in the hospitality scene.  He's worked as a barista and bartender in venues such as Barzura (Coogee), The Anchor (Bondi), Le Petit Cafe (Coogee) and also as manager of Gusto (Coogee) before founding Bat Country in Randwick with Tim.  Orgininally trained in physics, he's something of a geek at heart, and enjoys finding ways that technology can improve hospitality operations.  He recently founded Trendlock, a forecasting company working on making the lulls and rushes of hospitality businesses predictable. Aidan is an unashamed coffee snob, and also loves to enjoy a cocktail in the evening as an aperitif or nightcap.

Graduating with a degree in business and with a major in event management, Paris has established a career as an events professional in the corporate sector. Having spent 5 years in the industry, she now specialises in national and international conferences and roadshows. Her natural curiosity and exceptional planning ability is well served in the events arena. When not planning her next event, as an inveterate traveller Paris is planning her next trip and she loves experiencing the different cultures and lifestyles that travel brings. As a passionate and creative person she also enjoys the arts, especially musical theatre. Paris is excited about the opportunity the committee role brings, particularly in regards to being able to contribute her perspective on the night time economy. Paris is a true Coogee local, having lived in the eastern suburbs her whole life. 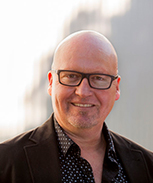 Derek is the Managing Director of D&M Research – a market and social research company established in 1997. He was formerly a pollster at Newspoll Market Research and a Senior Policy & Research Officer at the NSW Department of Local Government. Derek has a long history with the Randwick area having attended high school at Randwick North (now closed) from year 7 after his family moved from Perth WA in 1978. Derek also completed a Psychology degree at The University of NSW during the 80s. He has lived within the Randwick LGA since 1997 including Clovelly and Coogee where he currently resides and participates as a volunteer lifesaver at the Coogee Surf Club.

Derek’s interest in music, culture, the arts and entertainment is extensive and passionate – he is an avid arts fan and currently performs in the local band ‘Locos’ – made up of local parents which appears at regular gigs at the Coogee Beach Club (Formerly the Coogee Bowling Club) and the Bunker at the Diggers. Derek sees Randwick as an amazing place to live and work and would like to contribute to leveraging its current night time assets to turn the LGA into an even more vibrant and exciting place to live and visit, for all to enjoy.

The Joint Select Committee on Sydney’s night time economy has received a large number of submissions to the Inquiry. The Committee will report to Parliament by 30 September 2019. To view submissions, including Randwick City Council’s submission please visit the NSW Parliament’s website: