White doves filled the air at the northern most point of Coogee on Tuesday 12 October, as the community came together in a COVID-safe way to mark the 19th anniversary of the October 2002 Bali Bombings.

The Commemoration Ceremony was given a last minute exemption to proceed by NSW Health Minister Brad Hazzard, which allowed 114 family members, friends and members of the community who were impacted by the terror attack to gather and remember those they lost.

Observed every year since 2003, the Bali Commemoration Ceremony is held at the Bali Memorial at Dolphins Point. The site was renamed in honour of the six members of the local Coogee Dolphins football team who were killed, along with friends and family members in the bombing attack at the Sari Club in Kuta, Bali.

"The Bali Commemoration Ceremony is a special event for our residents, allowing us to stop and honour the memory of those who were lost and reminds us to hold our loved ones a little bit closer," said Councillor Dylan Parker, Mayor of Randwick.

The ceremony commenced under grey skies and rain at 10am. As families and friends gathered to remember their loved ones with beautiful music, a pre-recorded video and a moving speech from Randwick Council's Mayor, Dylan Parker. As they do each year, the families laid flowers under the memorial in remembrance and 88 doves were released to represent the 88 Australian lives lost in the attack - 43 of whom were from NSW and 20 of those from Randwick City. 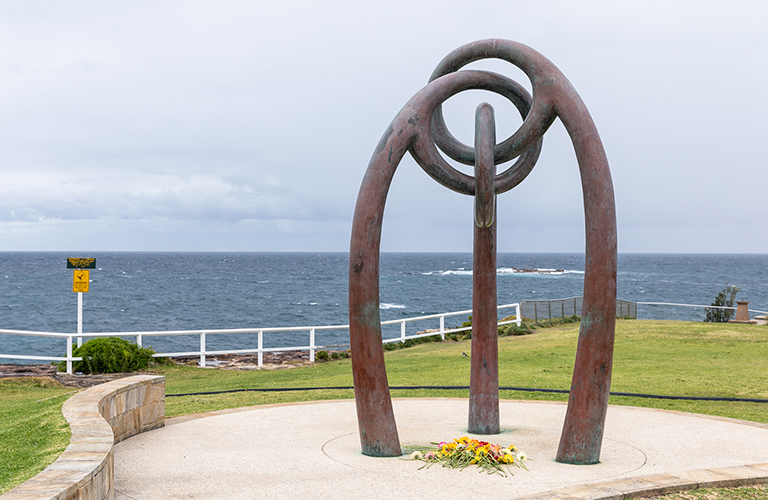 "The three linked figures represent family, friends and community. Together, they provide support for one another in times of adversity, comfort when it is required, and the strength to continue on," said Mayor Parker as he spoke at the commemoration ceremony to the families present.

Nearby is also the Place of Reflection, a sandstone wall and plaque dedicated to the 43 people from New South Wales who died in the bombings and one Tasmanian, whose family have grieved with our Community for the past 19 years alongside our Randwick families.

The families impacted by the attack - those that lost loved ones, those that survived and those that grieved, are part of our City and as a Council, we will continue to support them. This event is one that shows the community spirit and the strength that exists here in Randwick City. We will never forget those whose lives were cut short and we will always be here for those who were left behind.