The 2021 Award winners include individual, group, youth and a Mayor’s award recognising people who have made outstanding contributions to local sporting groups, schools and community groups.

“The 2021 Australia Day Community Service award winners really stepped up to help members of the Randwick City community this past year, and in addition the community of Lake Conjola,” stated Randwick Mayor Danny Said. “There have been selfless acts of heroism as well as continuous acts of dedication and hard work.

“It’s such an honour to be able to celebrate the work and actions of these people and to highlight not just the value of volunteering but how working passionately for a cause can change a community for the better. What wonderful people we have in our midst! They truly do make Randwick City a safe and welcoming place for everyone.”

Mark Halcro was holidaying at Lake Conjola in December 2019 with many from the Randwick City community. As bushfires approached, it was too late for some to leave the area so they were forced onto the beach and into the water to avoid the flames. Mark showed enormous bravery and selflessness, battling through the smoke, darkness and burning embers, to help rescue a number of people stranded in the water. This included Rabbitohs legend Bob McCarthy and his wife Judy as well as the family of another NRL legend Ron Coote – his wife Robyn and daughter Natalie. The four had been in the water for about an hour to escape the flames and were starting to struggle when Mark Halcro heard their cries for help and came to their aid on a jet ski. Mark was nominated for the Australia Day Award by Bob and Judy McCarthy who said he showed great courage and skill in acting to save others. Operating from its base at Malabar since 1969, the Service is dedicated to the prevention of aquatic related injury and drowning along the spectacular but rugged Randwick coastline. The Service is a charitable organisation that delivers 24x7x365 lifesaving search and rescue, lifesaving services, water safety education and initiatives through training programs. The service is crewed by voluntary surf lifesavers predominantly from the Randwick Surf Clubs. 2019-2020 was a milestone year for the Service which marked 50 years of providing continuous volunteer service to the Randwick Community. 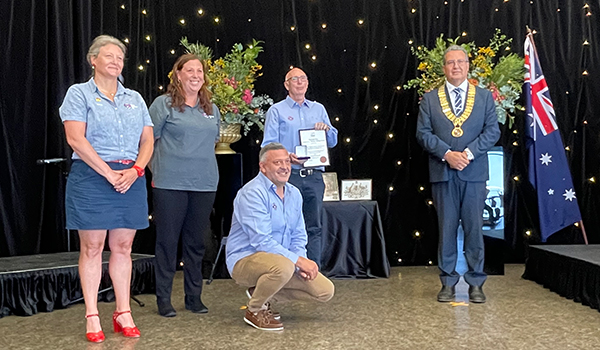 Brenna Harding has worked tirelessly for her local community since childhood. She began advocating for same-sex parented families after appearing in an episode of playschool. At 12 years old she spoke at the same-sex adoption enquiry at NSW Parliament House. Throughout high school she was a core team member of youth-led anti-homophobia organisation Wear it Purple, for which she now sits on the board. In 2015 she founded Moonlight Feminists, whose purpose was to empower young women to be change makers in their environments and provide peer support and solidarity to young women who had experienced sexual assault. Her recent contributions to the domestic and family violence sector include project managing a video series for the LGBTIQ Domestic and Family Violence interagency, and a suite of five primary prevention and early intervention projects on behalf of the Eastern Suburbs Domestic and Family Violence Network. Professor Mark Ferson and his team of unsung heroes have been at the forefront of controlling cases during the COVID-19 pandemic. His team at South Eastern Sydney Local Health District of Epidemiologists, COVID tracers and hard-working COVID contact staff are the reason NSW has been at the forefront of controlling this virus. This team are true professionals who have worked tirelessly to keep us safe. 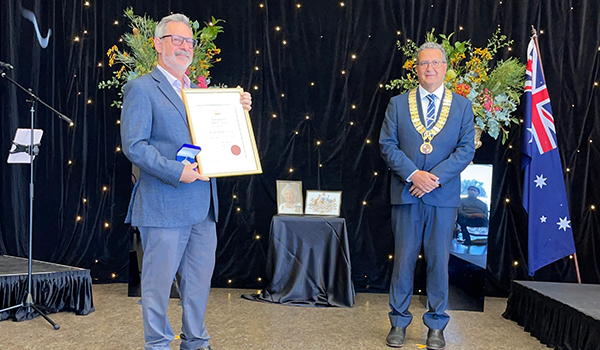 You can see more photos of the event on our Facebook page.

Australia Day message from the Mayor

Rhythm is Life: Community Dance Classes for the young at heart