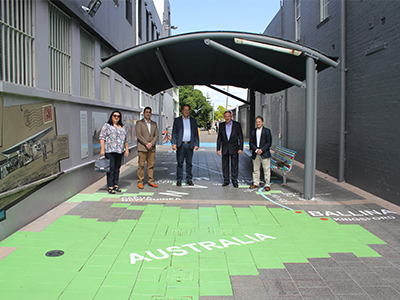 Kingsford is a bustling suburb with endless dining choices and many businesses that call it home. The area has had it tough - not only due to COVID-19 affecting business, but years of construction along Anzac Parade making it hard to reach. But now, Kingsford is making a comeback and we encourage you to visit the area.

A little bit of history...
Originally, Kingsford was known as South Kensington. Yet in 1935, the search for a new name began, partly due to postal confusion between the two suburbs, South Kensington and Kensington. To decide a name, the Chamber of Commerce launched an essay competition and four finalists were chosen: Kingsford, Wembley, Chelsea and St Kilda.

As we know, Kingsford was the winner - chosen in recognition of Sir Charles Kingsford Smith, an early Australian aviator. Sir Charles, often called "Smithy", was the first pilot to make the trans-Pacific flight to Australia from the mainland United States, a distance of about 11,670 kilometres (7,250 miles), in 1928.

The flight was broken up into three main stages and they landed ten days after they took off. The first leg took them from Oakland, California to Hawaii and took 27 hours. The second leg flew from Hawaii to Fiji, through storms and bad weather and took them 34 hours and 30 minutes, while the final leg flew from Fiji to Brisbane and took 20 hours, landing to a crowd of 26,000 people and labelling Sir Charles Kingsford Smith a hero!

Southern Cross Close, located adjacent to Anzac Parade at the end of Gardners Lane, was named in honour of the plane Kingsford Smith flew, which was called Southern Cross.

What's to see in Kingsford?

Over the years this pedestrian mall area has had many artists make their mark, honouring the suburb's namesake. In 1990 Randwick City Council commissioned artist Lloyd Kellerman to create a mosaic of the Southern Cross plane in the thoroughfare. In 2010 a mosaic of Charles Kingsford Smith was commissioned by the Kingsford Chamber of Commerce for the opposite wall. The mosaic was produced with support from Randwick City Council, Public Art Squad and the Commonwealth Bank of Australia. It was directed by David Humphries and designed by Masoud Nodous and artist Tim Cole. It was unveiled by Councillor John Procopiadis, Mayor of Randwick on 11 August 2010. 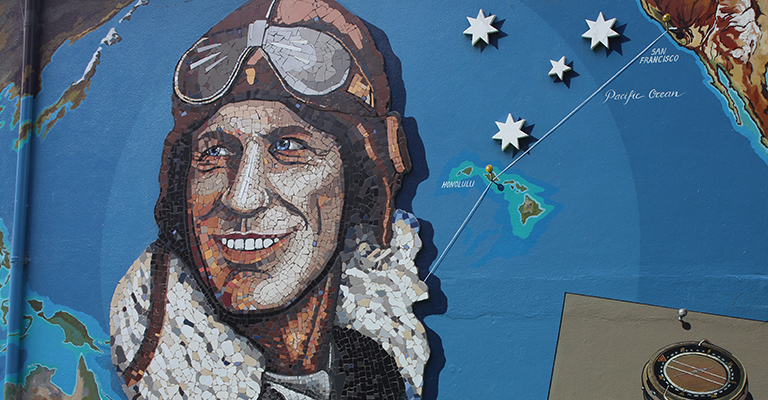 On 21 June 2014, Councillor Scott Nash, Mayor of Randwick officially unveiled an updated and extended mural (surrounding the portrait mosaic) by artist Annette Barlow complementing both the the 2010 and 1990 artworks The mural was commissioned by the Kingsford Chamber of Commerce with support from Council and Randwick Rotary.

And in 2018 the Kingsford Chamber of Commerce arranged the installation of three historical images of the Kingsford town centre in Southern Cross Close. These images were provided with the support of Transport for NSW. 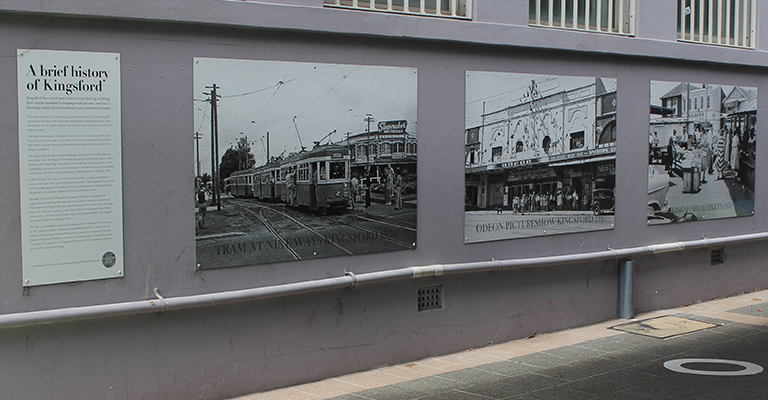 And this year, after the trenching that was done for the NBN and the light rail construction work, The Kingsford Chamber of Commerce requested the area receive a much-needed rejuvenation. An aeronautical theme was chosen and artwork was created to commemorate Kingsford-Smith's first trans-pacific flight from the USA to Australia, which was painted on the ground. What else is happening?

Last Sunday, West Ward Councillors and Mayor Danny Said, met with Chamber of Commerce representatives to highlight the activations happening in Kingsford. After seeing the new-look Southern Cross Close, the group headed to Meeks Street Plaza, where a weekly pop-up plant stall is taking place each Sunday between 8am-3pm. We hope you take some time to visit Kingsford and have a look at the new (and old) artwork in the Southern Cross Close. While you're in the area, head over to the pop-up flower stall and take a moment to enjoy one of the many cafes and restaurants in the area. Meeks Street plaza is currently hosting musicians every weekend. Here's where you can find the schedule. The plaza has been set up with plenty of seating and a lovely fountain for everyone to enjoy while listening to music.

The Heffron Centre on public exhibition

Have your say on Coogee Shared Space proposal