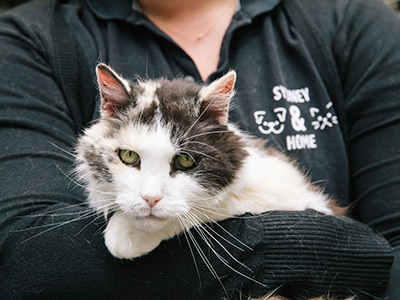 Cat owners who don’t desex their feline companions by the time they turn four months old will pay an annual $80 permit under tough new Government guidelines now in effect.

The $80 annual fee is in addition to the one-off lifetime pet registration fee.

The NSW Government changes create a stronger incentive to de-sex cats which improves the health and wellbeing of pets, lowers demand on pounds, reduces euthanasia rates, and helps to address concerns about feral, stray and roaming cats.

Under the same changes which came into effect on 1 July 2020, owners of dogs of a restricted breed or formally declared to be dangerous will also be required to pay a $195 annual permit in addition to their one-off lifetime pet registration fee.

This will serve as a further disincentive to owning high-risk dogs and encourage owners to better manage the behaviour of their animal.

The rules are designed as a disincentive to owning these types of dangerous dogs and to encourage owners to better manage the behaviour of their animal.

Randwick Council Rangers deal with more than 1,000 requests each year about companion animals. Microchipping your animal is the best way to ensure their safety with 90% of impounded animals with microchips returned safely to their owners each year.

Randwick Council recommends people only buy animals from reputable breeders or licensed businesses. Companion animal owners are also reminded that microchipping and registering is a two-step process with microchipping required prior to 12-weeks of age and registration with council by six months of age.

Find out more information on the Office of Local Government website.

How you can support your local