After months of little rain, Randwick City has received two days of solid rain this week. As snow fell on the Blue Mountains, we felt the chill here at the eastern beaches. The swell soared, the wind blew and temperatures dipped. Although the Lifeguards closed both Coogee and Maroubra beaches due to dangerous conditions, many people still opted to take a risk and go for a surf.

Our lifeguards were called to a number of rescues across the beaches. Three emergency calls came into the lifeguards to rescue surfers in distress near Wedding Cake Island in Coogee, while another rescue was made at Clovelly, and another emergency call out was made to rescue a surfer off Bare Island in La Perouse. Later in the day, a final rescue was made to rescue an individual in distress at Lurline Bay. A huge thank you to the Randwick Lifeguards who put their own lives at risk to rescue others, especially in these dangerous conditions.

If you didn't get the chance to get out and see the blustering ocean, we've collected 10 images that show how this 48-hours of blustery weather affected Randwick City. Thanks to all the residents who tagged us and contributed to this image gallery. This image was taken off Coogee near Wedding Cake Island an was sent to us by @latino.bowman. Here, from the boathouse at Frenchman's Bay, we can see a catamaran that has washed ashore.  Sent by @Honeyskeep. 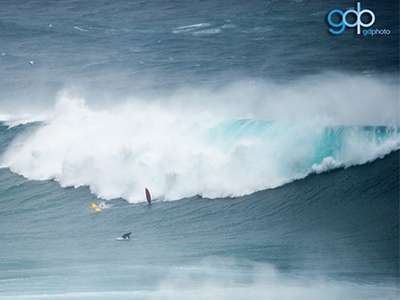 Taken by local photographer Glenn Duffus (@gd_photo), this image captured some lucky surfers who made it back to shore safely. Taken at Coogee beach - not usually known for its surf! The Little Bay headland taking a battering from the ocean, showing how high the waves were breaking. Taken by local resident Allen Morris. 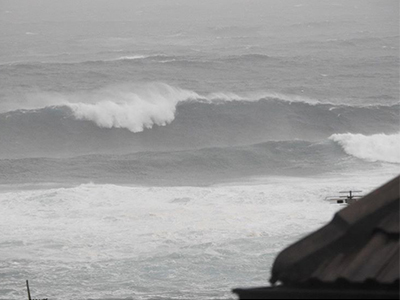 The waves rolled in consistently throughout the day. Taken by @Pricey43 Another great shot from @Pricey43 of the overflowing bath at Coogee Beach. @Rosco_p_Coaltrain took this shot of Coogee - the water coming in well up the sand near the back of the beach. A surfer jumps off his board as the waves crash at Coogee. Pic by @seansperception. Bare Island was all action, with waves pounding the shore. Picture by Deborah Richter.