There are five key stories that the La Perouse Museum intends to tell over the next year. We believe there's bound to be at least one that will capture your imagination.

Nestled on a grassy headland in a section of land affectionately known as The Loop, the La Perouse Museum is about to receive a new lease on life. Originally built in 1881 as a cable station, the building has been home to nurses and soldiers over the years and from 1944 was a Salvation Army refuge. In 1988 it was turned into a museum and handed over to Randwick Council by the State Government in September 2017.

Council is about to commence the development of a masterplan for the future of the building in close collaboration with the local community. But in the meantime, the building and headland are set to be activated with a series of temporary exhibition and artworks.

The Museum will play a greater role in celebrating the culture and community of the local area, according to Roxanne Fea who was appointed by Council as Curator in March of this year. 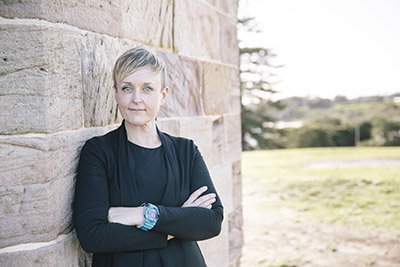 Roxanne has spent the past few months getting a feel for all the potential the Museum has to offer. As she sees it, there are five main “pillars”, or themes, worth exploring. First and foremost are the stories of the area’s original inhabitants. “The local Aboriginal community here is so vibrant and one of the strongest urban communities,” she says. “I’m really looking forward to working with them.”

One of the planned exhibitions will feature artworks created by Indigenous artists with connections to La Perouse and will include works ranging from iconic shell art to paintings and multimedia work.

The landing of French naval captain Laperouse in 1788 means the area’s Colonial history has a strong connection with France. An upcoming exhibition will feature a collection of Objets Français and will feature a small but focussed selection of significant objects of French origin or connection.

“The third pillar, which is a hidden gem, is the science story,” says Roxanne, noting that the building used to be a cable station that relayed information carried by a submarine cable that linked La Perouse with Wakapuaka in New Zealand.  “Communication defines a culture to some degree and there is a lot we can do with the scientific history of this area. We have so much potential for science interactives.”

Another seam of stories worth mining is how La Perouse has changed as a suburb over the past century. “The stories here are incredible,” says Roxanne, mentioning the happy valley camp, a depression-era shanty town with make-do homes fashioned out of tin and hessian sacks.

A future exhibition intends to explore this varied history through photographs taken in and around the area and will comprise 30 to 40 archival images that document La Perouse throughout the 20th and 21st centuries. The photos will be sourced from Randwick Historical Society and State Library NSW collections as well as contributions from locals. The Museum will become a more important social and cultural hub for the larger Randwick City community. A place where locals can put on an exhibition, take part in a workshop, offer a tour or simply meet for coffee. There is potential for the Museum to work alongside institutions like the Lionel Bowen Library or the Randwick District Historical Society to establish itself as well-regarded regional museum.

Listening to Roxanne it’s obvious that the Museum is about to undergo some large and exciting changes over the next year. “Part of my job is walking alongside this stream of ideas with a big net to catch all the things we could do,” she admits.

We’re confident this is just the start of the next part of the Museum’s own grand tale.

If you are keen to check out some of the upcoming events at the Museum, click here.