Due to the coronavirus we’ve closed many of our facilities including the Customer Service Centre. Please visit our COVID-19 page to see what is impacted.

On 27 July 2017 the NSW Premier announced that the proposed Randwick, Waverley and Woollahra merger is not proceeding. This announcement follows legal action by Woollahra Council and Randwick Council to oppose the merger.

This means Randwick Council will not be amalgamated and will continue to stand alone.

The NSW Government released a series of merger proposals for NSW councils in December 2015.

Randwick, Waverley and Woollahra Councils were proposed to merge to create a new eastern suburbs council of 274,000 residents spanning the eastern suburbs from Watsons Bay to La Perouse.

The proposal was on public exhibition in January and February 2016.

In May 2016, the NSW Government announced the creation of 19 new councils by merging 42 councils across the state. However the proposed Randwick, Waverley and Woollahra merger was not included because of ongoing legal action by Woollahra Council.

In September 2016 the State Government merged Rockdale and Botany Bay Councils which brought the total number of NSW councils down to 128 from 152 at the start of the process.

In February 2017 the NSW Government announced it was not proceeding with council mergers in regional areas, but that it was committed to merging a further 14 metropolitan Sydney councils into five, subject to the decisions of the courts.

On 27 July 2017 the NSW Premier announced that the remaining five merger proposals of 14 councils (including Randwick, Waverley and Woollahra) are not proceeding.

Woollahra was granted leave on 12 May 2017 to appeal the decision to the High Court of Australia.

At an Extraordinary Council Meeting on 9 May 2017, Randwick Council resolved to commence legal proceedings against the NSW Government in an attempt to stop the merger.

In April and May 2016, Randwick and Waverley Councils partnered to run a public naming competition for the new council. Hundreds of residents took part and the winning name, which was also the most popular, was 'Eastern Beaches Council'.

Randwick City Council submitted a proposal on 29 June 2015 to merge with Waverley Council to the Independent Pricing and Regulatory Tribunal (IPART). This followed a Council resolution 26 May 2015 to oppose a global city council and to form a merged eastern suburbs council with neighbouring Waverley Council and Botany Bay Council.

The proposal was assessed as 'fit' by IPART in October 2015.

The role of IPART

In April 2015, the NSW State Government appointed the Independent Pricing and Regulatory Tribunal (IPART) to act as the Expert Advisory Panel to review council Fit for the Future submissions.

IPART's assessment criteria state that they will determine all submissions to be either 'fit' or 'not fit' for the future.

Council proposals will be considered by comparing them against the merger recommendations of the Independent Local Government Review Panel. For Randwick City Council, the Panel recommended merging to become a global city with Waverley, Woollahra, Botany Bay and Sydney councils.

IPART considered whether Council's proposal was 'broadly consistent' with a global city.

If a council proposed to stand alone, IPART required that the council prove standing alone is "at least as good or better than" the recommendation by the Independent Location Government Review Panel in scale and capacity, financial capacity, effectively managing infrastructure, sustainability and efficiency.

Following the approach from the Local Government and Shires Associations of NSW, the NSW Minister for Local Government agreed in 2012 to appoint a panel to develop options to improve the strength and effectiveness of local government in NSW.

The Independent Local Government Review Panel handed down their final report in October 2013 which recommended that Randwick City Council be amalgamated with City of Sydney, Waverley, Woollahra and Botany Bay councils to form a global city with a population of more than 500,000 residents.  Council opposes this option.

You can view the final report on the Independent Local Government Review Panel's website.

Fit for the Future

In October 2014, the NSW State Government responded to the Independent Local Government Review Panel's final report by releasing a program called Fit for the Future.

As part of Fit for the Future, all NSW councils are required to submit a proposal to the NSW Government by 30 June 2015 responding to the Review Panel's proposals and outlining how each council will be 'fit for the future'.  In particular, the government requires councils to address the issue of scale and capacity (ie. population size) first and foremost.  The Government has indicated that councils should use the Review Panel's recommendations as the first option they consider.

You can find out more about Fit for the Future on the Government's website.

Randwick City Council conducted an extensive community consultation program between December 2014 and May 2015 to better understand the community's view on amalgamations and to enable Council to respond to the Government's Fit for the Future program.

Randwick-Waverley merger proposal documents as submitted to IPART on 29 June 2015:

Randwick City Council has issued a number of media releases in relation to local government reform: 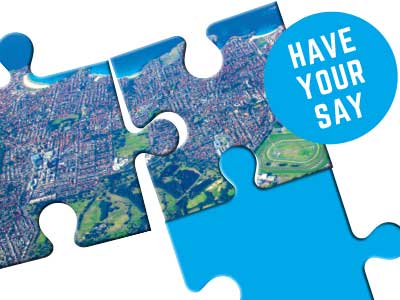 10 ways to have fun at home this Easter long weekend